Background
Arterial stiffening and cardiac autonomic dysregulation are common among stroke survivors. These changes increase the risk of cardiovascular problems and tend to accelerate mortality. Tai Chi has been reported to improve arterial compliance and cardiac autonomic regulation among healthy older adults. Such effects have not been examined among stroke survivors.

Objectives
This study aimed at investigating the effect of Tai Chi training on arterial stiffness and the functioning of the cardiac autonomic nervous system among stroke survivors.

Methods
This was an assessor-blinded randomized controlled trial. Fifty-six community-dwelling stroke survivors were randomized into three groups; a group which received Tai Chi training (n = 19), another which received conventional exercise training (n = 18), or control groups (n = 19). The subjects in the former two groups were trained for an hour twice a week for 12 weeks. No training was provided to the control group.  Outcome measures were large and small arterial compliance, blood pressure, and heart rate variability (normalized low and high frequency power and the low frequency to high frequency ratio). Assessments were conducted before and after the intervention period. Two-way mixed analysis of variance was employed to compare the three intervention groups and the two assessment time points.

Results
On average, small arterial compliance increased about 13.5% after Tai Chi training and about 9.5% after the conventional exercise training. It decreased among the controls (-10.6%). A significant improvement in average systolic blood pressure was also observed after the Tai Chi training, while no significant change was found in the other two groups. No significant change was observed in the heart rate variability parameters. 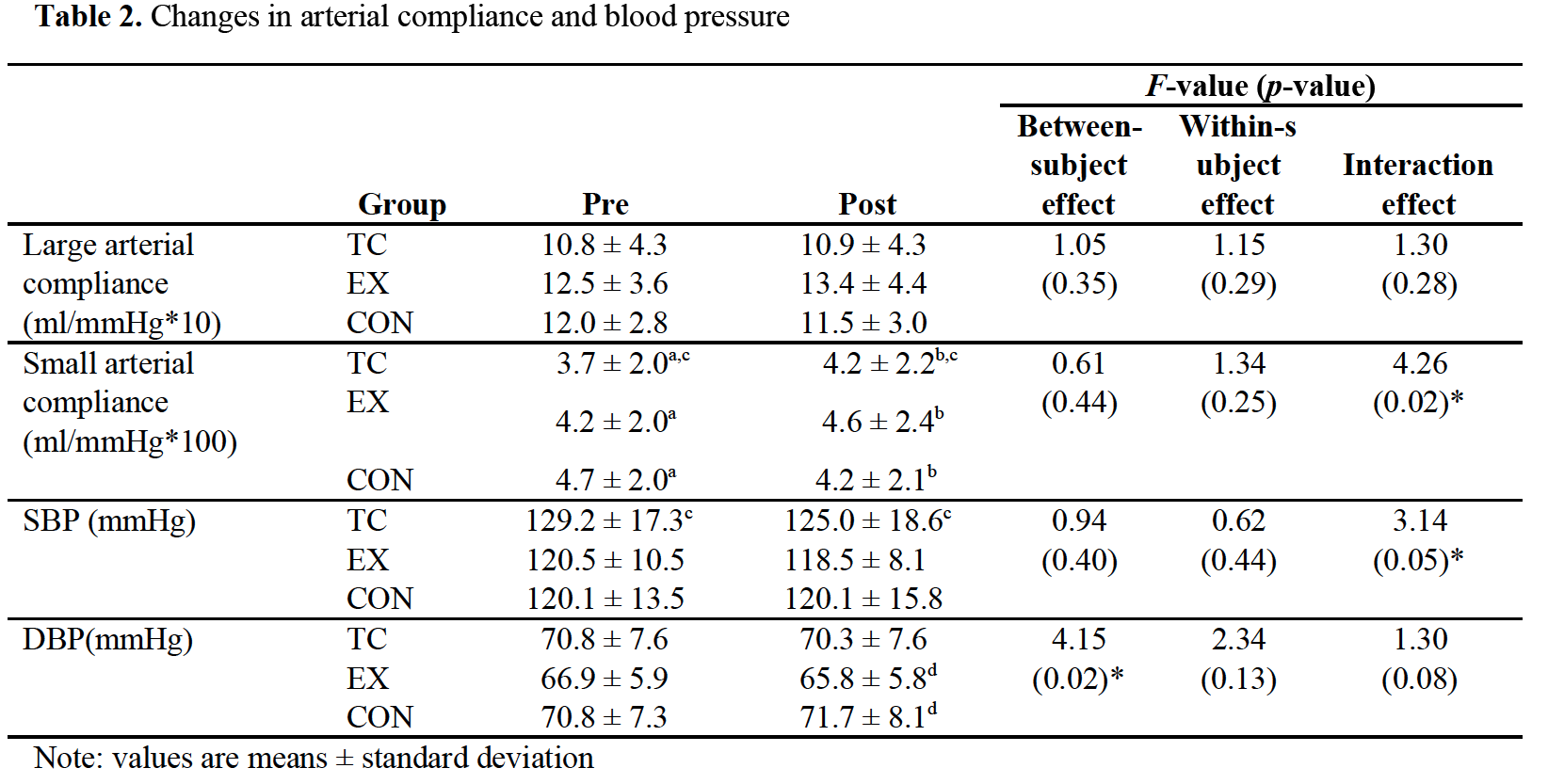